Overwatch Out of Beta

Since the launch of Operation Bloodhound, CS:GO players have been busy upgrading their Profile Ranks. What have you been fighting for? Find out below, along with adjustments to Overwatch, matchmaking, and commendations. 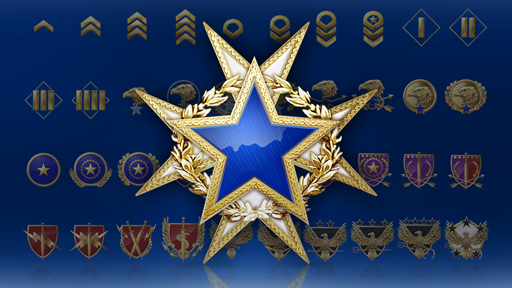 You’ve made it this far, but there’s still a long way to go.

When you become a Global General (that’s Rank 40), you’ll be given the opportunity to reset your Profile Rank. In return, you’ll receive the 2015 Service Medal, an inspectable display item that will be visible wherever your avatar is shown.

Overwatch Out Of Beta

Serving the CS:GO Community just got a bit more rewarding. Overwatch Investigators now have an opportunity to gain an XP reward by submitting a sufficient number of accurate verdicts while participating in Overwatch.

When you have a reward available, you’ll be notified in the Main Menu. Collect your reward by completing matches and earning XP in any official game mode.

Also, if one or more players you reported for cheating receives a ban, you will receive a notification.

Are you a natural leader? A great teacher? Just an all-around friendly player? In the scoreboard, you’ll find out who on your team has received the most commendations for each of those categories.

What is the Overwatch?

The Overwatch lets the CS:GO community regulate itself by allowing qualified and experienced members of the community (‘investigators‘) to review reports of disruptive behavior, determine whether those reports are valid, and apply temporary bans if appropriate.

How does the Overwatch work?

Prospective Overwatch Investigators are presented with an active Overwatch button in the main menu, which indicates that there is a pending case for them to evaluate. The investigators can then choose to participate by watching a replay (eight rounds’ worth or roughly 10 minutes) and selecting a verdict.

If the investigators collectively agree that an offense has occurred, a ban will be issued. The ban duration will depend on the severity of the offense and the suspect’s history of convictions, if any.

How do investigators get selected?

Investigators are selected based on their CS:GO activity (competitive wins, account age, hours played, Skill Group, low report count, etc.) and, if applicable, prior Overwatch participation level and score (a function of their accuracy as an investigator). Community members who maintain both a high level of activity and high Overwatch scores will receive more cases to elect to participate in.

What evidence is available to the investigators?

Investigators are presented with a replay of a randomly selected eight-round segment from an accused player’s match, and their task is to determine whether or not that player has committed any offenses during that replay. The suspect is referred to as “The Suspect” and the other players’ names have been replaced. All text and voice chat has been omitted. The investigator is expected to make a determination solely based on the actions of the suspect.

How does a player end up getting reviewed by an Overwatch?

The system contains replays of players whose pattern of being reported exceeds or otherwise stands out from those of their peers. They may have a sudden spike in reports, or they may have slowly built up many reports over a long period of time. Additionally, a player may appear in a test case replay that has previously received a not-guilty verdict. These are randomly inserted into a case load and are used exclusively to help the system score investigators (the verdict in test cases will not result in any action against the suspect).

What are the charges and possible verdicts?

There are four distinct charges to be evaluated that cover the major forms of disruption. Each charge has two possible verdicts, ‘Insufficient Evidence,’ and ‘Evident Beyond a Reasonable Doubt.’ Additionally, an investigator may choose to ‘Postpone’ a review and restart it at a later time without a resolution.

What happens at the end of a case?

Can one investigator have more weight applied to their decision than another?

How are investigators scored?

An Overwatch score represents an investigator’s ability to consistently and accurately judge the evidence they review, per charge, in both real and test cases. Investigators score positively for agreeing with the majority of other investigators’ verdicts for the same replay, and score negatively for being in the minority. The resulting change in score is larger when most investigators are in agreement, and smaller when they disagree. Because of the occasional test case inserted into the case load, the only way to improve an Overwatch score is to carefully watch the entire replay and make an informed and accurate judgment of the evidence provided.

How do I become an investigator?

Currently, the best approach is to play lots of matches in our official Competitive Matchmaking. We are slowly adding players to the pool of investigators, and randomly pick them with consideration to their playtime and skill level. The goal is to invite as many skilled reviewers as possible.

If I’m not an investigator, how can I help?

Report disruptive behavior. Reports feed the pool of cases that get reviewed, and good reports result in efficient case reviews. To file a report, open the scoreboard, use the arrow keys to navigate to a player, and press enter to open their player panel.

It is not necessary for a player to be exceptionally skilled in order to be a good Overwatch investigator. For example, we would expect casters to be good investigators regardless of their skill levels, given their experience in observing highly skilled play.

Every new investigator will enter the pool with a low score, which only increases based on the accuracy of their verdicts. This process gives everyone a chance to participate while ensuring that only the best investigators drive case outcomes.

Why is the evidence replay sometimes jittery?
Previously, interpolation, which is used to smooth the transition between the known positions of players, resulted in some situations where the suspect would appear to get a kill while aiming slightly off-target, even though their aim was actually correct. While we investigate potential smooth and accurate solutions, the interpolation of the suspect’s aim was removed from the overwatch demos in order to more accurately represent the suspect’s POV during kills. This may results in a more jittery view in some cases.
The suspect is griefing a griefer in retribution. Is the suspect still guilty of griefing?
Unequivocally YES. Griefing in revenge either escalates an innocent mistake or generates the reaction that the griefer was intending. Additionally, it puts the griefed player in danger of being convicted for the retribution. There is no excuse for poor sportsmanship and your duty as an Investigator is to enforce the highest standards.
Do griefers and cheaters get the same penalty when they are convicted?
No. The penalty assigned to a suspect is proportional to their behavior. Suspects who are convicted of griefing are given a moderate cooldown, whereas cheaters are removed from the game entirely. As always, the best way to improve player behavior is to report griefers and cheaters whenever you encounter them.
Can I earn XP for participating in Overwatch?

Yes. You can earn XP by submitting accurate verdicts in your cases. After several of your cases have been resolved, you will receive an XP reward based on the overall accuracy of your recent verdicts, scaled by your Overwatch Investigator score.

You can collect your reward by completing matches and earning XP in any official game mode.

Is there a relationship between a player’s competitive Skill Group and their ability as an Overwatch Investigator?
No. Since the beginning of Overwatch, we have been extensively reviewing Investigators’ Overwatch Scores. There is no systematic difference in Overwatch Scores between investigators who play in high, medium, and lower skill groups.
Tweet

First off, we’d like to thank the good folks in the CS:GO community who’ve volunteered to be Investigators in our Overwatch beta experiment. For those of you who haven’t heard about it yet, Overwatch gives the CS:GO community the power to report, review and give temporary bans to consistently disruptive “problem” players, and it’s been encouragingly successful. (Check out the Overwatch FAQ for details.)

So far, Overwatch Investigators have found evidence of disruptive behavior in 90% of highly-reported cases, with the decision being unanimous in the vast majority of cases. In addition to our standard test cases, we recently added demos of pro CS:GO players (specifically NiP and Quantic) to the test pool. Every single test case has been correctly dismissed as “Insufficient Evidence”, with no false convictions made.

Today we’re updating the trading card art and badges to their final forms. Here’s a look at the new Steam badges. Let us know what you think.

Can I host my own dedicated server?

Yes. Information about hosting dedicated servers can be found here.

Can I submit weapon finishes for CS:GO?

Yes. Information on creating weapon finishes for CS:GO can be found here. Once completed, we recommend uploading your weapon finish to CS:GO’s Steam Workshop so it can be seen and voted on by members of the Steam community.

Can I make maps for CS:GO?

Yes. Information on making maps for CS:GO can be found here. Like weapon finishes, when your map is complete we recommend uploading it to CS:GO’s Steam Workshop so it can be seen, downloaded, and played on by members of the community.

How do I provide feedback about CS:GO?

You can provide feedback about CS:GO on Steam Discussions or through the email address csgoteamfeedback [at] valvesoftware [dot] com.

What are the system requirements for CS:GO?

System requirements for CS:GO can be found on our Steam Store page.

Detailed information on various CS:GO features and common issues can be found at the links below:
Tweet