New Missions – A Day at the Office 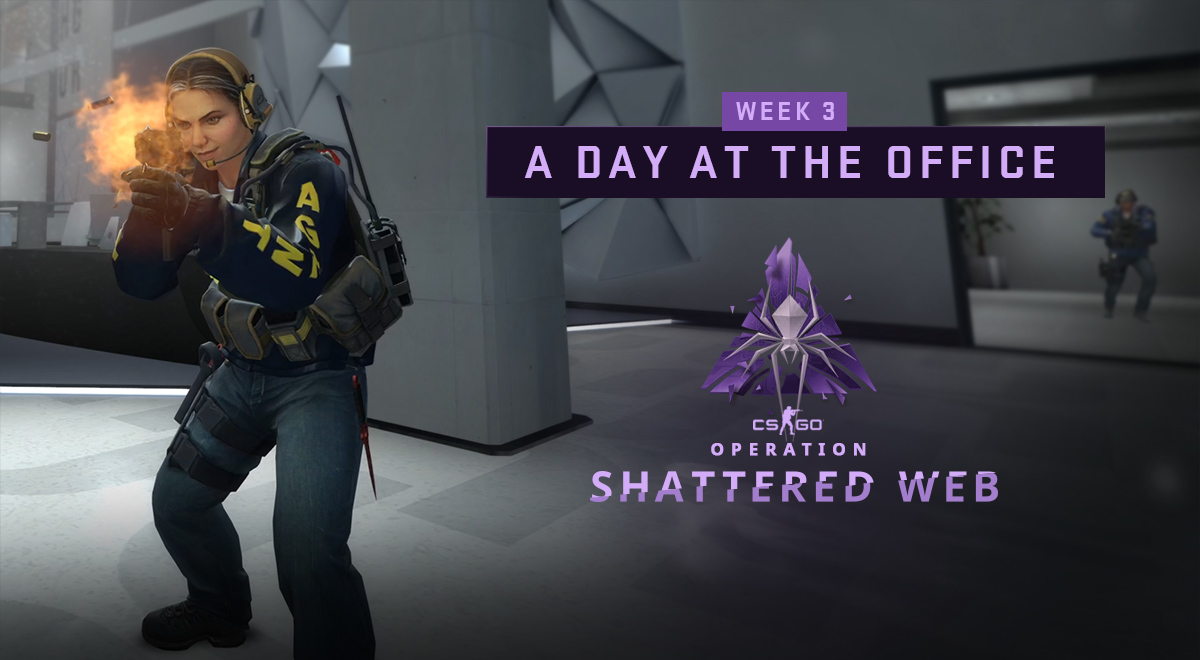 No reports will be filed, collated, copied or stapled this week. Six more Shattered Web missions unlock today and the office is definitely getting wrecked. 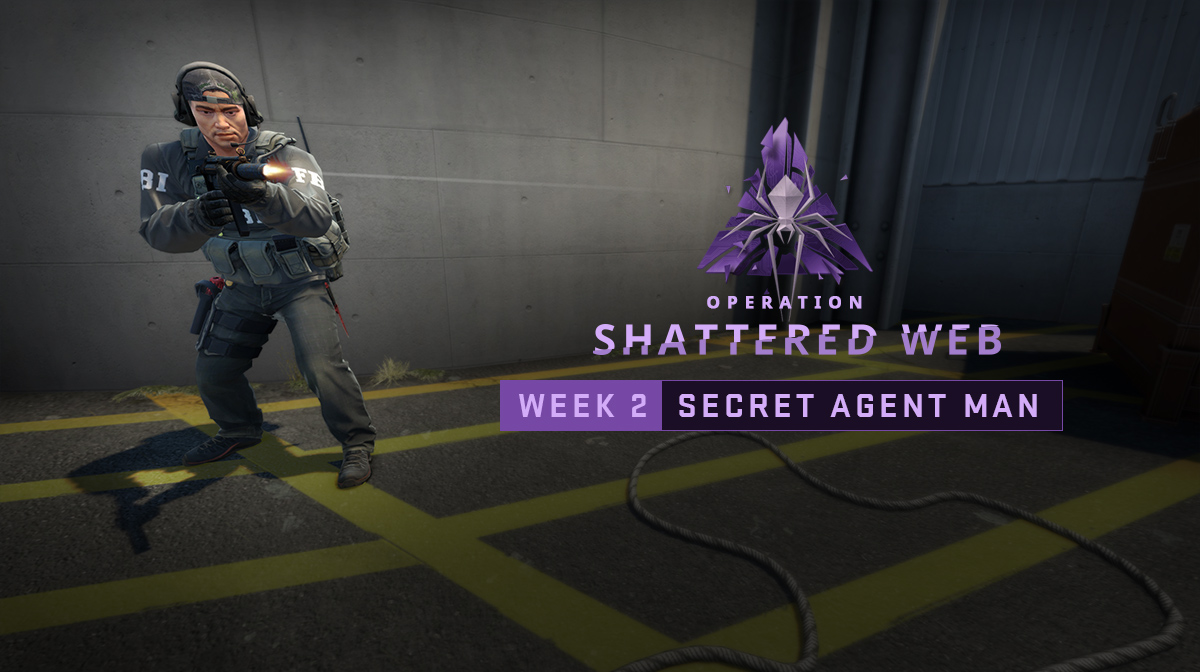 This week’s collection of missions, Secret Agent Man, unlocks today! Grab your MP5-SD and quietly make your mark on Nuke. Earn more stars in a variety of game modes to advance your Shattered Web Operation Coin and reap the rewards!

As a cross-promotion with 343 Industries, today we’re adding the Halo Sticker Capsule, available for purchase in-game. 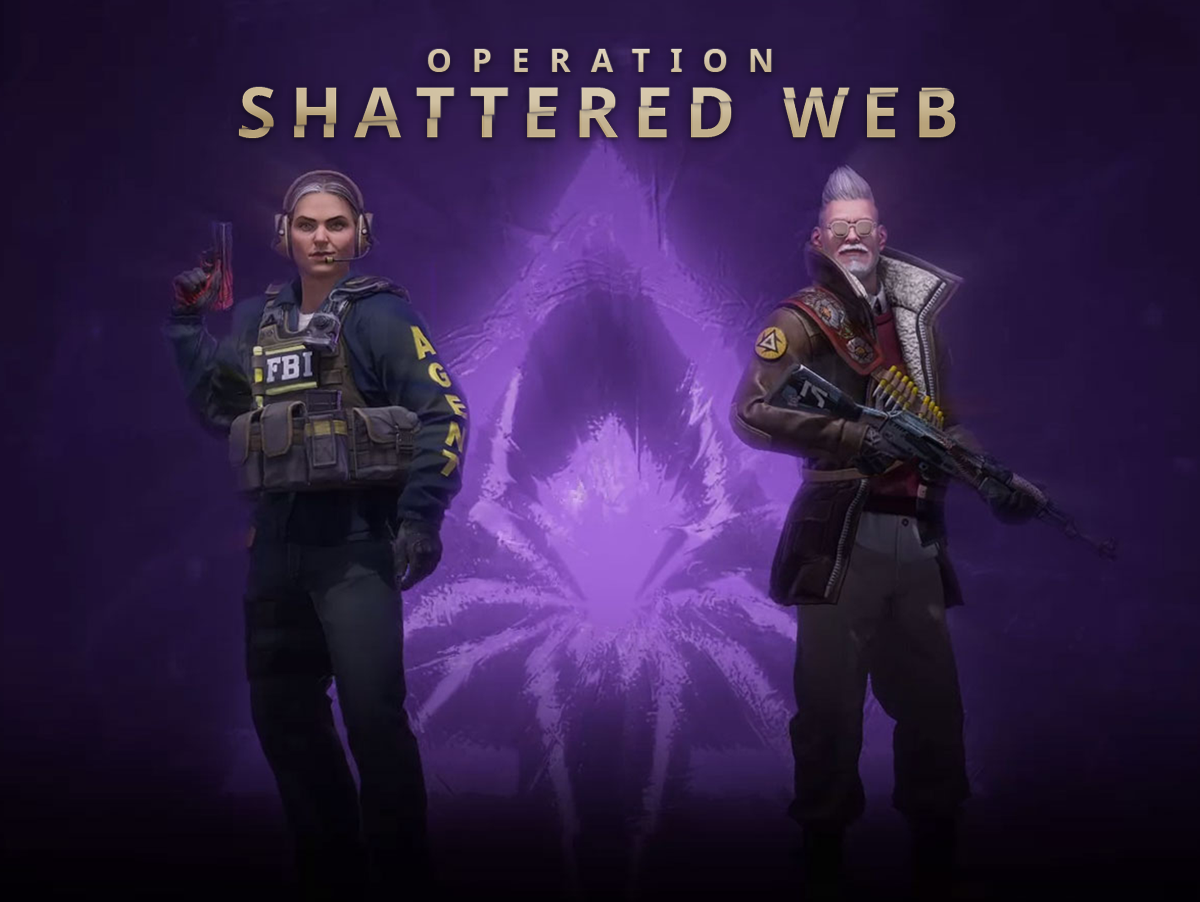 Operation Shattered Web features CS:GO’s first ‘agents,’ characters that can be equipped on the T or CT side. In addition to their unique look, Master Agents have special voice lines and animations–you’ll get one Master Agent when you earn your final reward.

Each week, you’ll get access to new missions in various CS:GO game modes, including cooperative Guardian missions and an all-new Strike mission. Missions are available to all players, but you’ll need an Operation Pass to redeem your rewards.

You may recall that we recently shipped a few changes to bots in Deathmatch. Those bots will be ready for action in the Guardian and Strike missions, so watch out!

We’re also shipping a few new maps today in various game modes. Defy gravity in the new Flying Scoutsman map Lunacy, and get ready to rumble in the community-made Danger Zone map Jungle. Looking for something more competitive? Try Studio, available as a Scrimmage or in the Casual Sigma map group!

Performance is its own Reward

Did you earn the most MVPs? The most enemies flashed? The most… something? Find out with Accolades, special call-outs at the end-of-match screen.

We’re making adjustments to a few rifles in CS:GO. The SG553’s price has returned to $3000 to bring its price more in line with its value, and the FAMAS and Galil have both gotten $200 price cuts and buffs to their full-auto spraying accuracy.

A quick update on our plans for 2020 Majors:

Some of the feedback we’ve received in response to our blog post “Keeping Things Competitive” from teams and tournament organizers is that the business of leagues (specifically, shared ownership of leagues between TOs and teams) does not create new conflicts of interest, because similar arrangements have existed in the past and those conflicts of interest are not significant.

While we can point to clear cases where relationships between teams and TOs have generated distrust in the community, we agree that our near-term priority should be collecting more data and requiring more transparency so that conflicts of interest can be properly evaluated.

Therefore, for 2020, teams and players registering for the Majors will be required to publicly disclose their business relationships with other participants and/or the tournament organizer, so that public conversations can be had about the value that leagues and other entanglements offer versus the risk that they pose. Failure to disclose any business with the TO or other participants will likely result in disqualification.

We do not intend to add any other requirements for participation in (or hosting of) 2020 Major Championships.

Why make this change? In the past, most key trades we observed were between legitimate customers. However, worldwide fraud networks have recently shifted to using CS:GO keys to liquidate their gains. At this point, nearly all key purchases that end up being traded or sold on the marketplace are believed to be fraud-sourced. As a result we have decided that newly purchased keys will not be tradeable or marketable.

For the vast majority of CS:GO users who buy keys to open containers, nothing changes; keys can still be purchased to open containers in their inventory. They simply can no longer be traded or transacted on the Steam Community Market.

Unfortunately this change will impact some legitimate users, but combating fraud is something we continue to prioritize across Steam and our products.

If you have feedback or concerns about this change feel free to email us at CSGOTeamFeedback [at] valvesoftware.com with the subject “Key Restriction”.