For the last two years, Valve has enforced our Steam Subscriber Agreement terms as described in this post.

In March 2018, we applied a seven-day trade cooldown to CS:GO trades, to fight fraud and misuse of Steam Accounts.

On June 6, OPSkins launched ExpressTrade, which uses Valve intellectual property and violates our Steam Subscriber Agreement, and is already being used by other businesses to avoid Valve policies.

Today we messaged OPSkins to cease using Valve intellectual property. We also notified them that we will lock OPSkins Steam Accounts by June 21st, 2018. 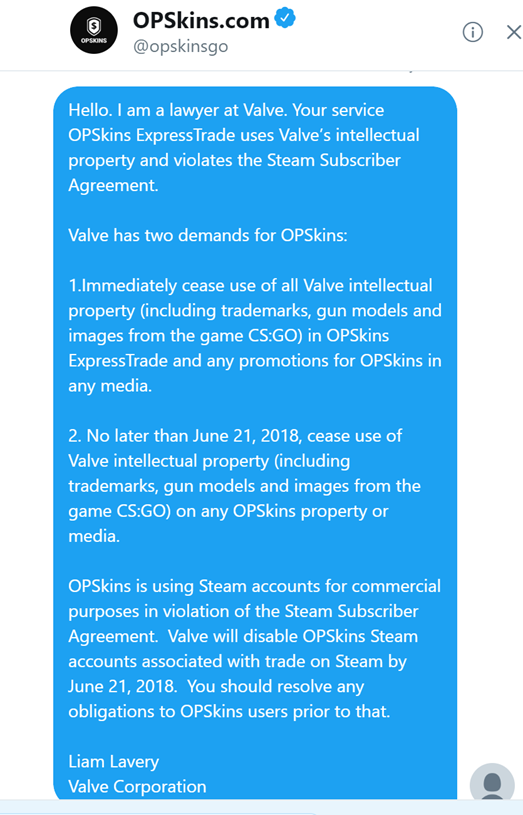