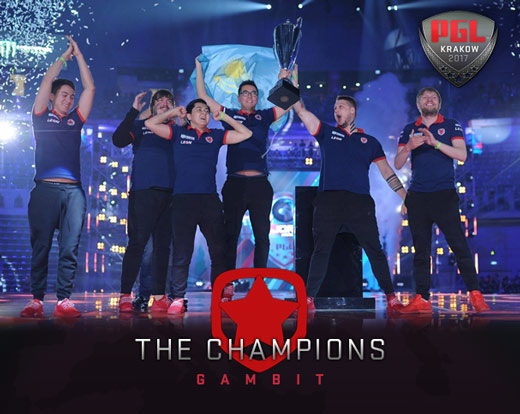 Gambit came from behind to claim victory over Immortals. They lost Cobblestone(4-16) but then rallied to win on Train(16-11) and Inferno(16-10). If you missed any of the matches or want to watch the highlights, you can download all the games from the PGL Krakow 2017 tab in the WATCH menu.

We’d like to thank all the teams, everyone at PGL , and most of all the Counter-Strike community for making this tournament possible. 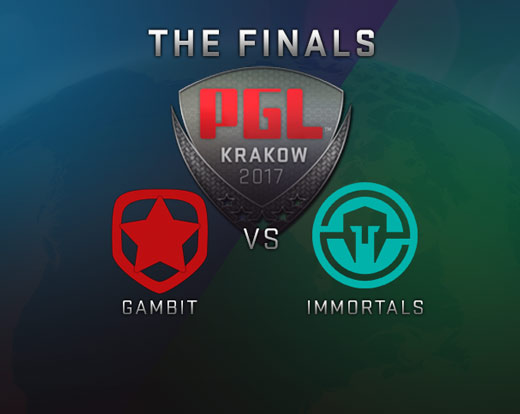 The road to the finals has seen its share of legends go down in flames. Astralis were overwhelmed by Gambit. Immortals stunned with a commanding win over Virtus.pro. Both teams will now battle to see who can win their first Major Championship.

Your championship match, Gambit vs Immortals starts this Sunday at 8:30am EST (14:30 PM CEST) on the official Twitch stream. 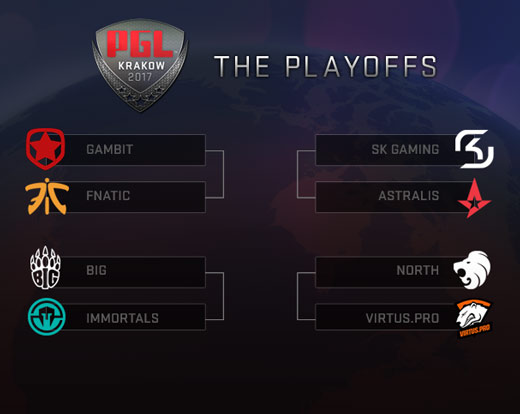 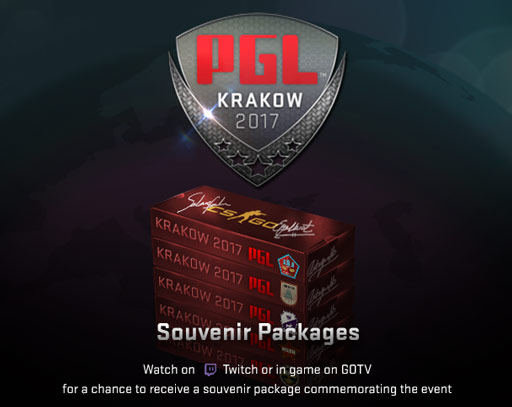 While you’re watching PGL Krakow 2017, you’ll have a chance to receive a souvenir package commemorating the event. Each souvenir features a weapon from the collection of the map being played, golden stickers of the teams who were playing, and a golden signature of the MVP from the round where the souvenir dropped.

And don’t forget, you can support your favorite players and teams by purchasing PGL Krakow 2017 items. 50% of items proceeds go directly to the players and organizations. You can also use the team stickers to make your picks for the Pick’Em Challenge. Remember to make your group stage picks before the Group Stage begins on Sunday. 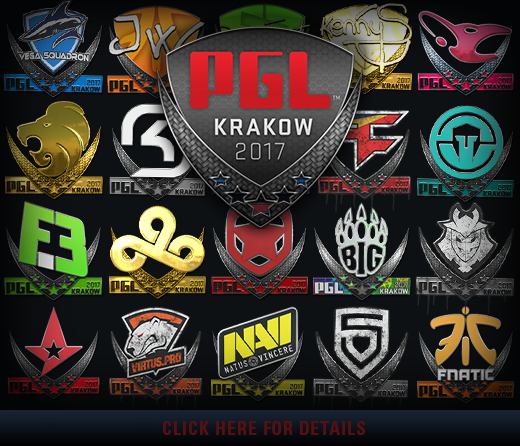 The CS:GO Major Championship Series is just a week away from the main event – the top sixteen CS:GO teams from around the world are set to battle in Krakow, Poland for the title of CS:GO Major Champion! Join in the competitive spirit by supporting your favorite teams and players. Team stickers, player autographs, and team graffiti are all available for purchase in-game or from the Steam Community Market, with 50% of the proceeds going to players and organizations.

Use your Team Stickers as game pieces in the Team Pick’Em Challenge, a prediction game where you can earn points toward a Krakow 2017 Team Pick’Em Trophy.

Make your first set of predictions before the group stage begins – pick all of the teams that will advance to the playoffs, and predict the most (and least) successful teams. Make your second set of predictions after the group stage is over and before the playoffs begin – build a bracket and predict the Quarterfinal, Semifinal, and Grand Final winners.

Make your picks and display your favorite teams with pride – the next CS:GO Major is almost here!